Cars and Coffee at COTA

I remember years ago when Cars and Coffee Austin, was held in Lakeway at The Oasis restaurant.  The turnout for the event was impressive but nothing compared to what it is now.  This past Sunday, we decided to visit Cars and Coffee Austin at the Circuit of The Americas and see who we could meet and introduce our Austin Rent a Tesla Service to.  The event was truly a sight to behold, and to hear.   Driving up to the Circuit of America’s is always impressive but to see the vast amount of auto enthusiasts roaming about was very exciting. You could also hear the roar of the race track as amateur racers were zooming around testing their abilities for their best time. The event is free to get into and only five dollars to display your vehicle. I drove our Tesla model 3 and two of our Tesla Model X’s arrived and were on display as well.   I was a little skeptical as to whether the Teslas would be considered unique since there are many around Austin but was pleasantly surprised when numerous passerby‘s stopped to admire and ask questions. This reminded me that though Tesla is a strong presence there are still many many people who simply don’t know or understand what Teslas are about.  Many people were asking about battery capacity, range and commenting on what they had heard about performance.  I was happy to answer all the questions.  For those who were curious about driving a Tesla, I told them about our Austin Rent a Tesla Service and how easy it would be for them to find out first hand what driving a Tesla is like.  I also discussed Elektrica’s plan to sell used Tesla’s for those who were interested in ownership but didn’t feel they could afford to buy new.  General excitement and enthusiasm for our Teslas amongst all the traditional gasoline powered cars is encouraging to see as we make the shift toward electric transportation and what a great venue to display the cars.  Cars and Coffee Austin at Ciruit of The Americas is the perfect venue for auto enthusiasts, drawing people from all around.  Despite the cold and wind, the experience was enjoyable and we look forward to returning next month. 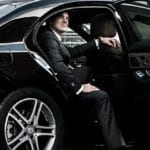 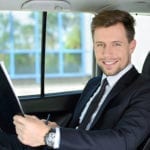